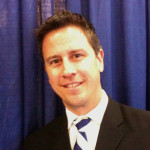 Through years of experience as a software developer and team leader, William brings business leadership and highly advanced technical development abilities to our Company.  His drive and vision led to the formation of our Company.

Our software combines a deep understanding of frameless video technology, the magic of motion pictures and a powerful digital marketing strategy.  To achieve this synergy, William has developed the knowledge and relationships necessary to insure the success of his vision.  Prior to realizing the potential of our solution, Microsoft’s Bernard Wong persuaded William to form Web Character Studio LLC, a company focused on creating the world’s best interactive characters and free-form visual presentation objects.  The studio worked with Lycos and One Voice Technologies to build voice-enabled branded software companions.  In November of 1998, he co-founded and acted as the CTO for Digi Zap Technologies (“DZT”).  He led a team of up to 15 developers in an effort to build an interactive ActiveX/COM-based character plug-in for development languages such as C++ and Visual Basic.  In late 1999, William became CEO of DZT.  In 1998, William served as a systems development consultant for Southern California Edison.  In addition to integrating mainframe legacy and client/server systems, he was also responsible for quality assurance with regards to the integrity of a 24/7 system.

Prior to his Edison experience, William worked as CTO for another start-up, United Forex, which aimed at profiting from the currency exchange markets.  He designed a data-intensive hierarchical brokerage commission and real-time trading system.

Earlier, William worked with Alfred Thomas Hickey, a board member of Continental Airlines and former CEO of Pierce National Life Insurance.  Together, they co-founded a software venture to develop a neural network-based financial forecasting system.  After three years of bootstrapped development, William chose to leave the venture and become an assistant trader with another start-up.  After a year with the NASDAQ-focused trading firm The Boston Group, William left to rejoin the world of software development.

A graduate of The University of California at Santa Cruz, William is an avid Tai Chi Chuan practitioner and instructor, having daily trained for more than 25 years.  He also enjoys cooking and entertaining friends and family.